Click to share on Pocket Opens in new window In the last few years I have given up on the many medical measures—cancer screenings, annual exams, Pap smears, for example—expected of a responsible person with health insurance. This was not based on any suicidal impulse. It was barely even a decision, more like an accumulation of micro-decisions: At first I criticized myself as a slacker and procrastinator, falling behind on the simple, obvious stuff that could prolong my life.

After all, this is the great promise of modern scientific medicine: I knew I was going against my own long-standing bias in favor of preventive medical care as opposed to expensive and invasive high-tech curative interventions.

What could be more ridiculous than an inner-city hospital that offers a hyperbaric chamber but cannot bestir itself to get out in the neighborhood and test for lead poisoning? From a public health perspective, as well as a personal one, it makes far more sense to screen for preventable problems than to invest huge resources in the treatment of the very ill.

I also understood that I was going against the grain for my particular demographic. Most of my educated, middle-class friends had begun to double down on their health-related efforts at the onset of middle age, if not earlier. Mostly they understood they the task of aging to be self-denial, especially in the realm of diet, where one medical fad, one study or another, condemned fat and meat, carbs, gluten, dairy, or all animal-derived products. 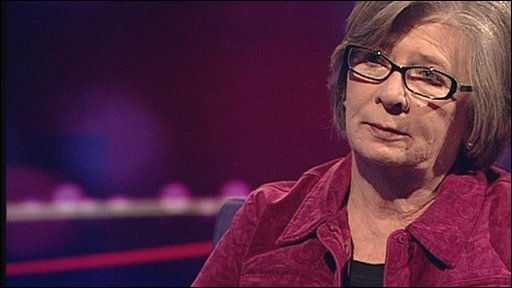 I had a different reaction to aging: I gradually came to realize that I was old enough to die, by which I am not suggesting that each of us bears an expiration date. There is of course no fixed age at which a person ceases to be worthy of further medical investment, whether aimed at prevention or cure.

The military judges that a person is old enough to die—to put him or herself in the line of fire—at age At the other end of life, many remain world leaders in their seventies or even older, without anyone questioning their need for lavish continuing testing and care.

Article continues after advertisement If we go by newspaper obituaries, however, we notice that there is an age at which death no longer requires much explanation.

I eat well, meaning I choose foods that taste good and that will stave off hunger for as long as possible, like protein, fiber, and fats. I exercise—not because it will make me live longer but because it feels good when I do.

As for medical care: I will seek help for an urgent problem, but I am no longer interested in looking for problems that remain undetectable to me. Ideally, the determination of when one is old enough to die should be a personal decision, based on a judgment of the likely benefits, if any, of medical care and—just as important at a certain age—how we choose to spend the time that remains to us.

So when a few years ago my primary care physician told me that I needed a bone density scan, I of course asked him why: What could be done if the result was positive and my bones were found to be hollowed out by age? Fortunately, he replied, there was now a drug for that.

I told him I was aware of the drug, both from its full-page magazine ads as well as from articles in the media questioning its safety and efficacy.

Think of the alternative, he said, which might well be, say, a hip fracture, followed by a rapid descent to the nursing home.

Article continues after advertisement So I grudgingly conceded that undergoing the test, which is noninvasive and covered by my insurance, might be preferable to immobility and institutionalization.

Osteopenia is, in other words, not a disease but a normal feature of aging. Worse, the favored medication at the time of my diagnosis has turned out to cause some of the very problems it was supposed to prevent—bone degeneration and fractures.

A cynic might conclude that preventive medicine exists to transform people into raw material for a profit-hungry medical-industrial complex.

My first major defection from the required screening regimen was precipitated by a mammogram. No one likes mammography, which amounts to a brute-force effort to render the breasts transparent.

First, a breast is flattened between two plates, then it is bombarded with ionizing radiation, which is, incidentally, the only environmental factor known for sure to cause breast cancer. That was my last mammogram. Lest this seem like a reckless decision, I was supported in it by a high-end big-city oncologist, who viewed all my medical images and said that there would be no need to see me again, which I interpreted as ever again.

After this, every medical or dental encounter seemed to end in a tussle.Barbara Ehrenreich is the author of over a dozen books, including the New York Times bestseller Nickel and Dimed. Winner of the Erasmus Prize for her work as an investigative journalist, she has a PhD in cellular immunology from Rockefeller University and writes frequently about health care and medical science, among many other subjects.

Oct 21,  · In this essay Ehrenreich takes a surprising and somewhat controversial take on Breast Cancer. Although at some points throughout the reading I was initially irked by the negativity, it was a refreshingly realistic approach.

When Barbara Ehrenreich went to be treated for breast cancer, she was exhorted to think positively; and when she expressed feelings of fear and anger, she was chided for being negative.